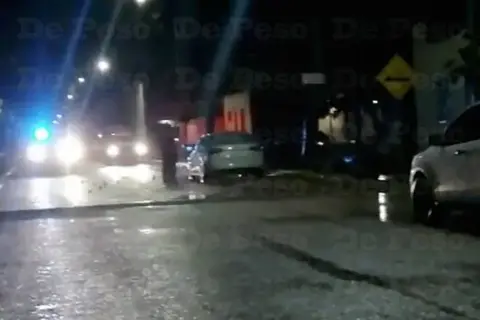 The man of unknown identity was found dead in the driver’s seat.

TULUM.- During the early hours of this Sunday in Tulum, Quintana Roo, a public servant, whose identity is unknown, was deprived of his life by armed men.

The execution was recorded around 4 hours when the 911 emergency center received the report of firearm detonations. Before the report, the Quintana Roo Police moved over the intersection of Calle 2 Oriente and Calle Geminis, at the entrance to the Guerra de Castas subdivision.

The place of the scene

At the scene, they found a white Volkswagen Jetta vehicle with bullets in the body. The uniformed officers leaned into the car and found a man with gunshot wounds in the driver’s seat .

A medical unit arrived at the scene but when diagnosing the wounded they confirmed that he no longer had vital signs.

Police cordoned off the area and left the crime scene in the hands of elements of the State Attorney General’s Office, which after 2:02 pm today confirmed that the deceased was a public servant, whose identity is unknown so far.

“The FGE reports that it started an investigation folder related to the events that occurred early this Sunday in Tulum where a public servant lost his life -apparently- due to firearm shots. Agents and experts carry out the investigation acts ”.

It is known that the hitmen were traveling in a white Tsuru when they opened fire on the public servant. Expert Services personnel carried out the removal of the body, which was transferred to the Semefo for the legal necropsy.

Official executed in Tulum was a police officer assigned to Cancun

Gustavo N, 41, an element of the State Police assigned to the Cancun plaza and a Tulum resident, was executed inside his car early yesterday morning.

First, it was reported that the victim was a public servant from Tulum. Hours later his identity was revealed.

The officer in charge of unit 9282 of the Quintana Roo Police, went to the site and immediately cordoned off the area where a Jetta-type vehicle was, white, with UVR-625-D license plates , with the panoramic glass chipped, and inside was the driver drenched in blood, so he called an ambulance.

The deceased was wearing jeans and brown boots, without a shirt and was in the driver’s seat of the Volkswagen vehicle.

Among his belongings was a Huawei cell phone, a voter ID in the name of Gustavo N , with a photograph, which corresponds to the physical characteristics of the deceased.

It is known that the hitmen were traveling in a white Tsuru when they opened fire on the public servant.