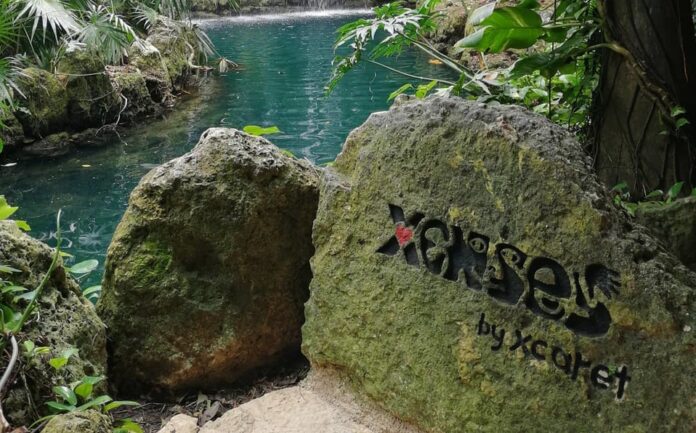 The minor was sucked into the filtration system, which had the main lid open; although his father tried to rescue him, he was still being sucked, he could get out with the help of other people, while the child lost his life hours later. The force of the machine’s suction would have pulled one of his limbs.

“My son’s leg was sucked into the river’s filtration system, at that moment I pulled it out, removed the screen, and took my son out; when the park staff arrived to provide help, I asked the staff for a respirator, the staff had absolutely no notion whatsoever of what first aid is. I am a doctor, a cardiologist. As we waited for the ambulance to arrive, I gave my son mouth-to-mouth respiration, minutes later the ambulance arrived without oxygen. Then, we arrived at the Amerimed hospital, my son needed a catheter and they didn’t put it on him, I offered myself as a cardiologist to put it in, it’s my specialty, I’m an expert in that area, and they wouldn’t let me, I asked to transfer my son to Mexico City via air ambulance and at that point, I starting having differences with the medical staff of the hospital, they did not let me call the air ambulance, I had the impression that they did not want my son to leave Quintana Roo. I was already in contact with doctors in Mexico City, to transfer my son there. The next day, Sunday, March 28th, at 11:50 am my son passed away ».

With a broken voice, Mr. Luna Calvo narrates the moments of terror that he lived in the XENSES park of the Xcaret group. It should be noted that when the minor’s father wanted to activate his major medical insurance to pay the hospital bill, he was told it had been taken care of, the hospital’s administrative staff told him that everything had already been paid for.

«I don’t know who paid the bill, I wanted to pay, I have my insurance for medical expenses, I activated it with my American Express card and AXA my Insurance company, they didn’t let me pay, that can’t be, it was as if they wanted to buy me, I wanted to pay! You cannot imagine how long they took to give me the body of my son, they did not want to give it to me, they asked me to sign a pardon document in favor of XENSES Park beforehand, which was highly conditioned by the legal advisors of Grupo Xcaret. Seeing the emotional health of my wife and not wanting to see her suffer anymore, I signed the document, they pressured me a lot, I spent more than six hours in the Cancun Public Prosecutor’s Office waiting for the body of my son, but they did not want me to accept that I made a declaration of the facts, I had to speak with Prosecutor Villarreal so that he made that declaration of facts. What we wanted at that time was to have my son’s body; at that time my wife and I did not think about fighting for anything, she was already suffering a lot, she is a very kind woman and she asked me not to fight, we did not want to fight, we just wanted our son’s body and to get out of there as soon as possible, that is why I signed the document ».

Mr. Miguel Ángel Luna Calvo pointed out that the investigation folder 1675/2021 is not open as a homicide, it is made as a special case and in the death certificate it says that he died by drowning, never was activated 911 which is mandatory in those cases.

«Yesterday, when my son’s body was here, I saw it in the coffin and asked my son’s forgiveness; This cannot go unpunished, because this can happen to another child, that is why Mexico does not change because injustices are never punished, what I am looking for is for someone to hold responsible, this cannot be happening, my 13-year-old son died due to negligence of the Park; if this is not made public, it will continue to happen. Besides, the case was initially hidden by the personnel of the Xenses Park, as well as the State of Quintana Roo, who is protecting the arbitrariness of the XCARET group».

The Quintana Roo State Attorney General’s Office has not yet released information in this regard.

At the end of the interview, the father of the 13-year-old LLG minor mentioned that in times of crisis everything is allowed, except to remain silent. Mr. Luna Calvo’s lawyer is trying to investigate the facts, although the Quintana Roo State Attorney General’s Office first provided them with an investigation file number that did not correspond to the case; you already have the correct data mentioned above.

With information from interview on yaesnoticia.mx