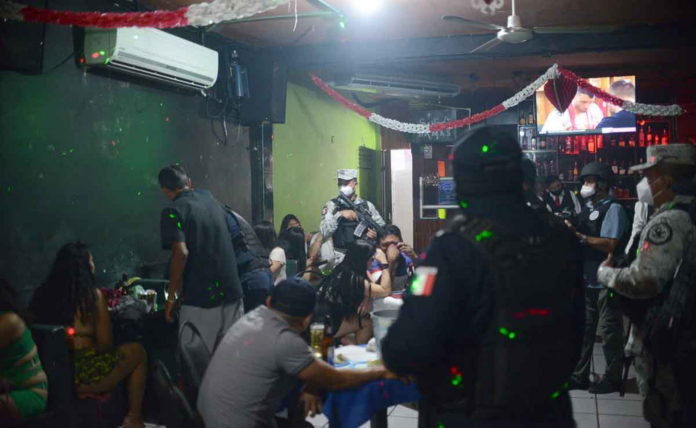 This crime was concentrated in the municipalities of the center and south of the state.

In one year Quintana Roo went from third to second place in the national ranking for the commission of the crime of trafficking in persons , which was concentrated in the municipalities of the center and south of the state.

The analysis presented by the Security and Gender Observatory (OSEGE) in the entity indicates that from 2019 to 2020 the number of open research folders per 100,000 inhabitants went from 1.14 to 1.28.

This led the state to rise from third to second on the list for human trafficking, a crime of which 38 women, 24 adults, eight minors and six whose ages were not specified were victims.

The comparison made by the agency indicates that the greatest increase in the incidence rate was recorded last year in June , with Othón P. Blanco being the one with the greatest variation, going from a rate of 0.32 to 0.93, followed by Felipe Carrillo Puerto, Bacalar and Solidaridad, where this problem was concentrated.

Linda Gual, coordinator of OSEGE, indicated that regardless of the capital, the other municipalities had a zero rate in 2019, and they had an index of 2.02, two and 1.78, respectively.

“In 2020, June presented the highest growth in the incidence rate (357.66%), compared to 2019. In June the highest number of investigation folders opened for this crime (5)” was mentioned in the report.

“Although there was a decrease in crime, it continues to position itself at the top of the rates , and this is relevant, because even with extraordinary effects such as the pandemic, the problems exist and continue,” said Miroslava Ortíz, director of Strengthening Civil Society by the Observatory.