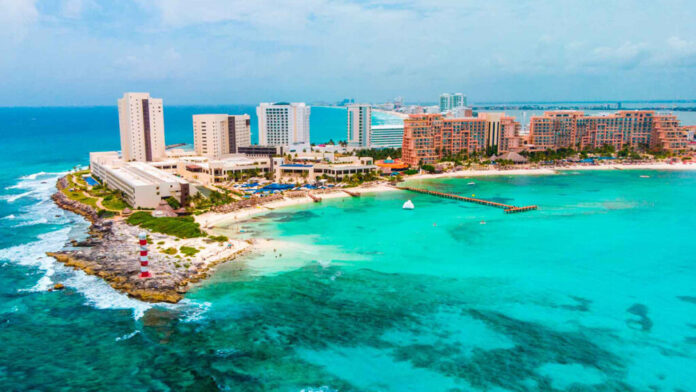 The COVID19 Epidemiological Traffic Light, which will be in force in the Mexican Caribbean from Monday 15 until Sunday, March 21, contemplates that the state of Quintana Roo will remain in Yellow color and the area is waiting for a new batch of vaccines, to start the process.

The government of Quintana Roo announced that the North Zone: will be in Amarillo as well as the South Zone.

Between February and May, 106 million vaccines against COVID-19 are expected to arrive in Mexico.

According to the government of Quintana Roo, the COVID-19 epidemic has decreased in intensity in the last six weeks.

Until this day, in Mexico, a total of 2,271 thousand 32 doses of #Vaccines against COVID-19 have been supplied, which represent an advance of 75% of the application, of the three million 39 thousand 625 doses received.

The arrival of more vaccines to Quintana Roo will allow serving the inhabitants of the largest cities, such as Cancun and Chetumal, in accordance with the Federal Vaccination Plan, said the state governor, Carlos Joaquín.

The governor of Quintana Roo explained that this week could conclude with the vaccination of adults over 60 years in Felipe Carrillo Puerto and Solidaridad. Cozumel would receive, during the week, almost two thousand more doses of Pfizer.

Carlos Joaquín indicated that the arrival of more doses to Mexico and, consequently, to Quintana Roo, will allow vaccination to begin in other municipalities.

“As of the week of March 14, we would begin to receive a very important quantity of vaccines from Pfizer, AstraZeneca, CanSino, Sputnik, Sinovac and that, without a doubt, will allow a greater vaccination and that we have more possibilities of applying it in the missing municipalities “, said the head of the Executive.

He also indicated that in large cities there will be a greater care and attention scheme to be able to carry it out because it represents a greater demand for vaccines.

The governor explained that there are vaccines that use different technologies, but that, after all, they represent protection for each of the Quintana Roo residents.

The governor of Quintana Roo insisted on the application of habits, on wearing the mask, on maintaining a healthy distance, on avoiding shaking hands, and going to crowded places. This will make it possible to advance in the reduction of positive cases, change the color of the traffic light and continue in the process of economic recovery.