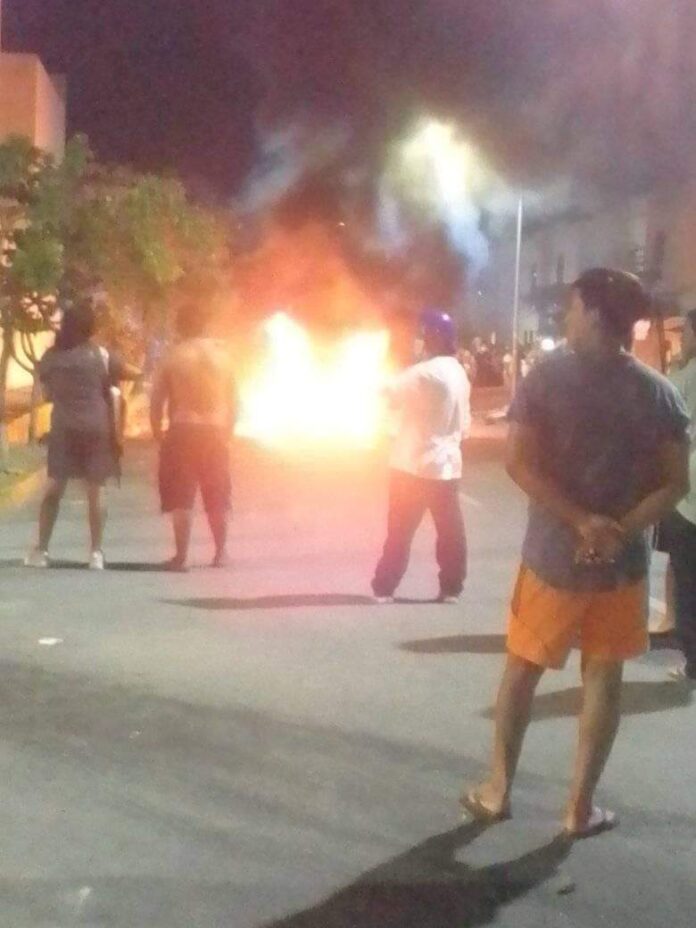 Playa del Carmen, Quintana Roo. – Tired of being victims of criminals, motorcycle taxi drivers turn to vigilante justice by locating the place where the alleged criminals live, in the Villas del Sol subdivision of Playa del Carmen, confronting them, in a brawl that left several criminals arrested, a vandalized apartment and burned motorcycles.

The incident occurred at approximately 12:50 this morning, when groups of motorcycle taxi drivers arrived at the fifth park of the Villas del Sol subdivision, where they captured alleged criminals, accused of engaging in assaulting several of its members.

One of the alleged criminals managed to escape, although the place where he allegedly hid was located, the apartment being destroyed, located on Estercorarios street with Camacho.

The attack left damage to the interior of the apartment, such as windows, doors, glass, protectors, four burned motorcycles, as well as all the household appliances and furniture in the house.

Elements of the fire brigade arrived at the place, putting out only the fire in a palapa, since the motorcycle taxi drivers did not allow them to intervene to put out the fires on motorcycles and other things.

Police officers also showed up, but decided not to intervene and withdrew after observing that the situation was out of control.