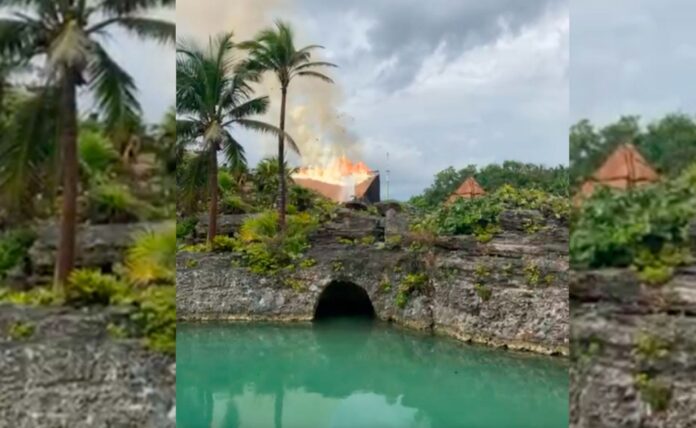 Firefighters entered the park to quell the accident in one of the restaurants.

The rains and thunderstorms scheduled for the weekend in Quintana Roo already caused his first accident in Xcaret park when lightning struck one of the palapas .

According to preliminary information, around 3 p.m. on Saturday, March 6, 2021, lightning struck one of the palapas, causing a fire on the roof.

The fire occurred exactly on the roof of the restaurant “La Caleta”. Fortunately, the staff was quickly activated to comply with security protocols.

Through a statement, Xcaret Park confirmed the incident and stated that the fire on the roof of the restaurant did not cause injuries or victims .

He also indicated that elements of the Solidarity Fire Department went to the park to quell the incident.

Official statement from Grupo Xcaret on the palapa fire

Grupo Xcaret reported that this afternoon a lightning strike hit one of the palapas in Xcaret Park, which caused a fire that consumed all its foliage.

Immediately, Grupo Xcaret’s security protocols were activated to contain and completely suffocate the incident. Likewise, it is reported that as part of our maintenance protocols, all our palapas have a retardant treatment which allowed us to give the necessary time to evacuate and cordon off the accident area, so no visitor or injured collaborator was registered.

Understanding safety as a joint effort, Grupo Xcaret appreciates the timely and prompt response and attention to the call to the H. Fire Department of the municipality of Solidaridad.