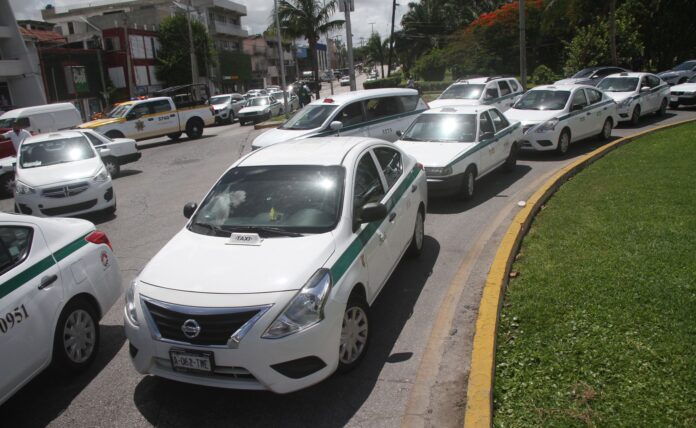 The Imoveqroo warns that it will even revoke concessions to the members of the “Andrés Quintana Roo” union.

The dealers of the taxi plates in Cancun would be sanctioned if the drivers participate in more blockades, such as those that occurred last week at the entrance of the hotel zone.

Félix Justiniano Ferráez, delegate of the Mobility Institute of the State of Quintana Roo (Imoveqroo) in the municipality of Benito Juárez, said that in case the State Attorney General’s Office (FGE) concludes that there was a crime committed due to the blockades to the roads of communication, the concessions of the participating taxi partners could be suspended or even canceled.

“The Prosecutor’s Office opens, where appropriate, the investigation files and requests information from us about who were the units that were carrying out the completely irregular activities and, regarding this progress, we provide all the information necessary for the FGE to carry out the investigation. and conclude if the crime was committed. In that sense, they inform us so that, where appropriate, a corresponding sanction may proceed, which may include a suspension until the cancellation of the concession itself ”.

He explained that the Imoveqroo sanctions the taxi concessionaires and not the operators who participated in these mobilizations, because on many occasions they are workers of the aforementioned.

However, the official acknowledged that so far none of the concessionaires have been sanctioned for the blockades made by the operators at the entrance to the hotel zone and in front of the facilities of the Municipal Public Security Secretariat.

Justiniano Ferráez reported that as a result of the three mobilizations, personnel from Imoveqroo and the municipal government of Benito Juárez met with executives of the taxi drivers union “Andrés Quintana Roo”, who declined to call the demonstrations last week.

However, it was agreed that there will be no more demonstrations with blockades and that in any case, taxi drivers must express their disagreement with respect to the rights of third parties.