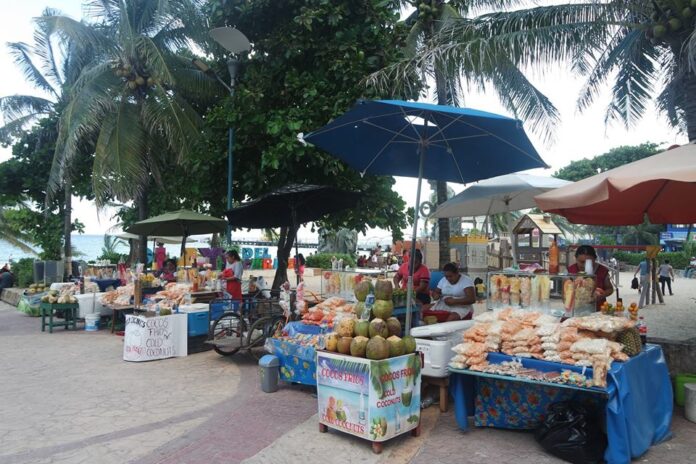 They ask that operations be carried out and remove street vendors

Businessmen from Playa del Carmen ask for the removal of street shops in the tourist area, demanding that the authorities carry out operations similar to those that have been carried out on the beaches of Cancun

They denounced the effects caused by the relocation of street vendors that were on Fifth Avenue to other roads, such as 38, on the route to the beach.

Businessmen from the Riviera Maya exhorted the authorities since these merchants are generating unfair competition for them.

Various organizations representing the business sector as a whole demanded the immediate removal of these informal traders. They ensured that the trade regulations of the 5th. Avenida prevents the granting of permits in that area, and that the municipal authority continues to issue today.

For his part, Lenin Amaro, president of the Riviera Maya Business Coordinating Council (CCERM ) affirmed that there is a high concern and rejection for this type of actions that increase the insecurity of the tourist destination, so they make the request for there to be the immediate intervention of the municipal authority,

They warned that continuing like this could lead to security problems due to improper acts that endanger residents and tourists.

Also in the president of the Riviera Maya Hotel Association, Toni Chaves, contemplated that the association he represents there is a resounding rejection of relocation in the same tourist area and that the presence in Playa del Carmen of the immediate reaction force made up of the three levels of government.

Carlos Marin, representing Coparmex Playa del Carmen, stressed that there is no solution from the authorities and only the processing and determination of the businessmen’s request is longer.

In general, they manifested themselves as not being against the existence of informal trade, but in favor of its being regulated and in accordance with the regulations for trade on public roads.

Finally, it was specified that the objective of the complaint is based on having an echo with the competent authorities and the pertinent measures are taken, to solve the request of the business union.