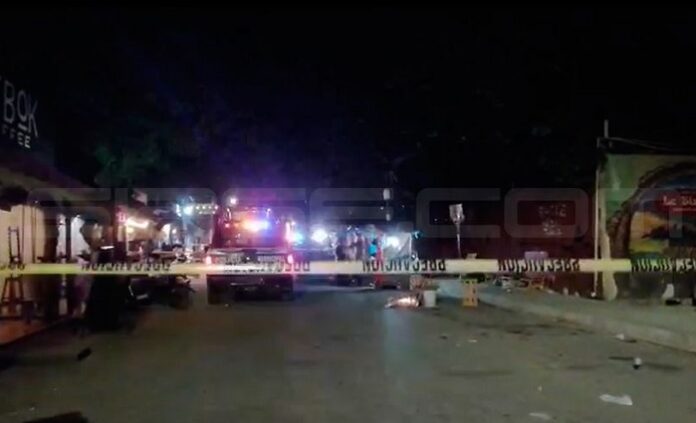 In less than 12 hours, a second gunshot attack was reported in Tulum, and if the murder of Victoria was not enough of a stigma for this trendy Riviera Maya tourist destination, in this incident another foreign woman, this time from Spain, was injured with a firearm.

According to preliminary information, the events occurred on Centauro Sur street, between Tulum Avenue and Andrómeda, in downtown Tulum, around 10 p.m. on Monday, March 29th.

Witnesses indicated that a firearm burst was heard, which would have left an injured woman in the center of Tulum, in the area known as mini Fifth Avenue

Public Security agents and paramedics from the Red Cross arrived at the scene, the latter attended to the foreign woman, apparently of Spanish nationality, who received at least two bullets in the chest.

The woman was translated to a hospital by the emergency medical staff.

There was another attack earlier on Monday, March 29th.

The first armed attack of the day took place on March 29th in Tulum around 5 p.m. This event occurred on Asteroides Street, between Satélite and Centauro Sur.

The attack left at least four people injured, and no arrests have been reported in relation to these incidents.