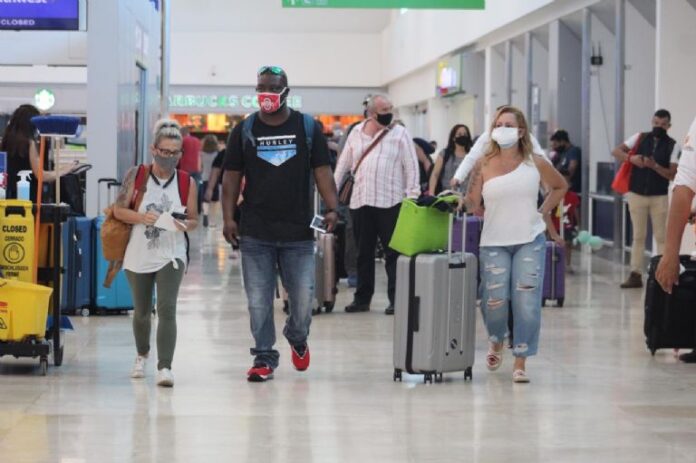 The state maintains its aerial strength with a view to the next vacation period.

In the midst of the collapse of national and international air operations, Quintana Roo refuses to lose its air strength, currently maintaining 55 routes from international destinations, which represents half of those it had before the pandemic.

Darío Flota Ocampo, director of the Quintana Roo Tourism Promotion Council (CPTQ), mentioned that of the total routes, 43 are from the United States, seven from South America and five from Europe; however, each month they are adding new flights and recovering others.

“They are foreign cities that are reaching airports directly; of these, eight are from the United States to Cozumel, and 35, to Cancun, being this country with which connectivity has been recovered ”.

According to data from Grupo Aeroportuario del Sureste (Asur) as well as Airports and Auxiliary Services (ASA), during the first two months of 2021, the three terminals of the entity mobilized two million 395 thousand 445 people.

One million 292 thousand 865 were international passengers, and the rest, domestic travelers.

Flota Ocampo affirmed that they hold meetings with the airlines to provide information on the actions they are taking in Quintana Roo, in order to guarantee health safety for visitors, which has led to the recovery of a greater number of flights.

Today, Monday, a flight will arrive from Madrid, which had stopped operating a year ago. By the end of the month, another one will arrive from Lisbon, and to increase connectivity with South America, there will be a new route from Medellín, with the Wingo airline, which now flies from Bogotá.

In addition, for the Easter season, Aeroméxico will expand up to eleven flights to Quintana Roo, which will also benefit the southern zone.

Before the pandemic, up to 123 international routes were reached at Mexican Caribbean airports, many of which were paused with the closure of borders; however, with the reactivation and opening of destinations, connections have begun to resume.

According to the Cancun International Airport, there are between 300 and 350 daily operations, most from international routes.

Flota Ocampo added that to continue with the work they will participate in the fairs and congresses scheduled for the next few months, in addition to the direct line they maintain with the airlines.