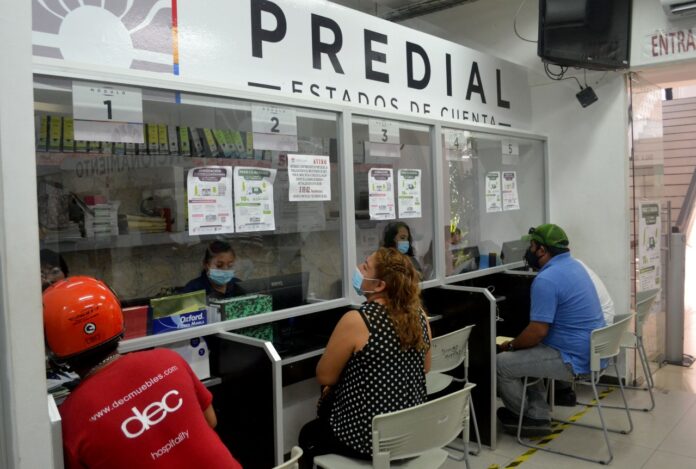 Eight families have already recovered their assets and 50 more are in the process of being rescued.

Eight families from Cancun have recovered their heritage and 50 more are in the process of being rescued after being victims of an irregular procedure by former officials who formed a network of corruption within the Benito Juárez City Council.

There are nine former public officials involved; 15 families have approached the City Council for the recovery of their patrimony and approximately 750 houses were detected, adjudicated with improper procedures.

“The administrative omissions have already been detailed, documented and valued; these are sad exceptions among public servants of the City Council who do their jobs with honesty and dedication ”, he indicated.

Previously, the municipal president of Benito Juárez, Mara Lezama Espinoza, announced the dismantling of a network of corruption and complicity that had operated in the City Council since previous administrations, in what she called “an outrageous case.”

“I ordered a thorough investigation, a thorough investigation. It was an aberrational case of dispossession of homes to the people who have the least. Thanks to the citizen complaint and a person who requested support from the City Council’s Office of the Comptroller, we detected that there was a modus operandi in the Directorate of Coordinated Revenues that deprived families of homes -especially of social interest- through tricks, deceptions, falsehoods and threats “, the official explained.

The investigation resulted in the integration of a file with sufficient evidence of who the involved parties are and once the irregularities committed were solidly supported, we proceeded, first, to stop these events and then, to separate from their positions the people who could be involved. involved. The main thing, said the mayor, was to help families to recover their homes, “out of moral, civic and human obligation.”

“With sufficient information, we file a complaint with the Anticorruption Prosecutor’s Office so that it is investigated and, where appropriate, the corresponding responsibilities are established. Hundreds of cases were detected in which, by inventing debts, duplicating deeds and faking legal acts, an attempt was made and -in many cases- they managed to deprive families of the most sacred: their heritage, ”Lezama Espinoza mentioned in a video posted on social networks.

The priority of his administration, he stressed, is for families to recover their assets and he called those who may be victims of this network of corrupt officials to approach the City Council to review their case, “you can be sure, here we are going to support you.”

“The municipality that I lead will be blunt and without hesitation in collaboration with the competent authorities to establish the responsibilities and that these acts in no way go unpunished. Let it be clear: our government fights and will always fight corruption relentlessly ”, he concluded.