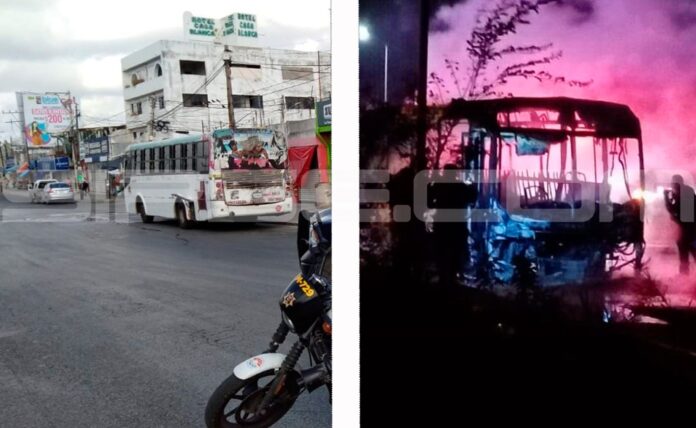 In less than 12 hours, two trucks were attacked with apparent spell bombs.

In less than 12 hours, two buses of the public transport of Cancun, one of them from the hotel zone, were attacked with explosives thrown by unknown persons. Fortunately, none of the events were injured or dead passengers recorded.

According to preliminary information, the first incident occurred in the first minutes of today April 24, when a truck from the Autocar concessionaire burned on Holbox Street in the Cielo Nuevo subdivision.

Neighbors quickly informed the emergency services, who sent the firefighters that unfortunately nothing could be done: the bus had already been consumed by flames.

As indicated, no casualties or injuries were reported. However, so far neither the authorities nor the company have issued a statement on the causes of the incident.

The second accident occurred this morning in the El Crucero area, where a bus from Route 1, which goes to the hotel zone of Cancun; It was parked at Superblock 65.

Fortunately, thanks to the quick reaction of the driver and the people, the fire was controlled with extinguishers, which were put out by the firefighters.