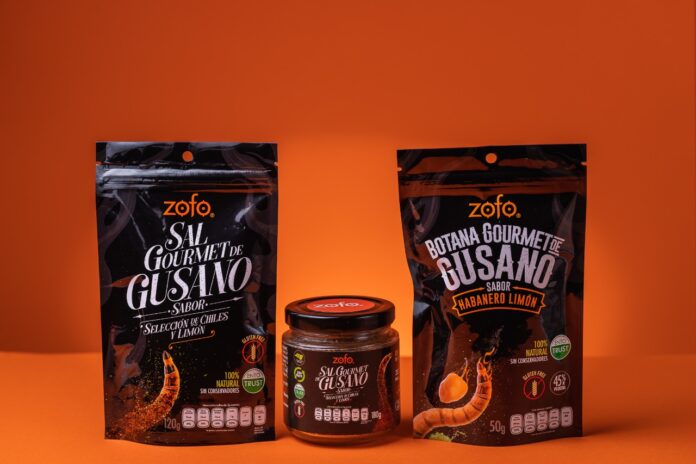 It’s an alternative to something that’s not so good for the environment anymore: Nikol Wolpert

Zofo is a Cancun company dedicated to making snacks with insects, a healthy option for young and old due to its protein content. Nikol Wolpert, director of this venture, narrated that Zofo arose as a result of her father looking for a sustainable alternative to fish food.

“She decides to start raising different insects, among them the Zophobas morio, and experiments with them, cooking them, she has a long-term vision … when cooking them she realized that the Zophobas morio worm is the one that tasted the best, she began to grow them in one go. faster and decided to focus especially on that species, “she commented.

In August 2019, they launched the worm salt and worm snack, after a year and a half of development. “Since we are in the market we have not been able to meet the demand we have,” said Nikol.

Just launched their product they had to face the pandemic, in 2020, a “very difficult” stage, as they were about to expand to all La Europea stores in the country. By closing all the stores, they lowered production. “I enter in August 2020 and the farm is reactivated, we practically started from scratch,” she recalls.

“Our products have natural ingredients that no other similar ones have. The worm salt has more protein than a normal one, and also this product is usually made with the maguey worm, which is in danger of extinction, as well as the maguey, and to produce three worms you need to kill an entire plant “, explained.

Her product, she mentioned, represents a very good alternative to something traditional that is no longer so good for the environment in Mexico; Another factor is that the maguey worm cannot be raised, that is, a farm cannot be made, while the Zophobas morio is very friendly to breed and increase production in the long term.

“As a snack, it has 50 percent protein, for example, a 50-gram bag has 25 grams of protein and natural fats that help digestion and lower cholesterol,” she explained.

There are three flavors: habanero; sea ​​salt and lemon and fine herbs. They are marketed in different ways: direct to restaurants, in larger presentations, retail at La Europea, or online on their website. Nikol Wolpert stressed that they are in expansion plans to supermarkets and later abroad.

She said that personally being in charge of this company has been a challenge because sometimes the ability of young people to negotiate is doubted. However, his enthusiasm has led him to seek different opportunities to grow his project.

“We are going to seek investment to make our company grow much faster and cover other markets because we have a very interesting raw material. In my vision, what will lead us to be an international company will not be a snack, no matter how good it is. there are several paths that we are analyzing, “she concluded.