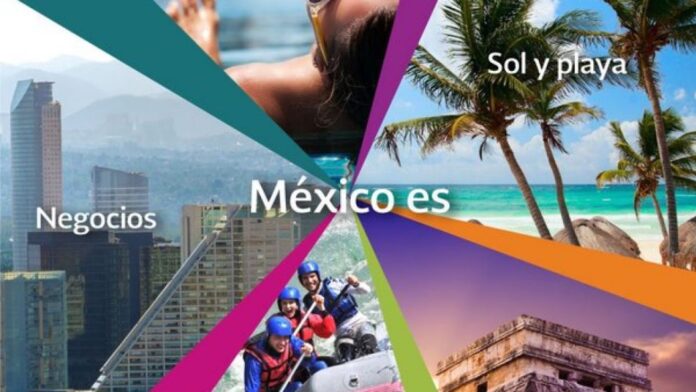 The head of the Ministry of Tourism (Sectur), Miguel Torruco Marqués, announced that there are eight tourist destinations that will enter the first phase of vaccination of workers in establishments in this sector.

According to process.com.mx, they will start with in Cancun, Quintana Roo and in Los Cabos, Baja California, to continue with Puerto Vallarta, Mazatlán, Nuevo Vallarta, Mexico City, Playa del Carmen, which is vital for the economic recovery of the sector.

The tourism sector is prepared to serve national and foreign tourists in the face of new health requirements, the owner reported.

Given the approach of the period, the official met with leaders of the National Confederation of Chambers of Commerce and Tourism Services (Concanaco Servytur), federal, state, and municipal authorities of the states of the region, to review health strategies.

He explained that, according to Datatur projections, in this summer season, which runs from July 10 to August 28, it is expected to receive 20.2 million tourists in the different destinations of the country, 178 percent more than in the same period of the year. 2020, when 7.4 million arrived.

He added that the destinations that will attract the largest number of visitors will be Cancun, Acapulco, Mazatlán, CDMX, Guadalajara, Monterrey, Ciudad Juárez, Tijuana, Mérida León and Oaxaca.

He commented that the country’s hotel associations estimate to close the year with the arrival of 26.8 million international tourists, who would leave a spill of 12 thousand 200 million dollars.

He also explained that domestic tourism has changed its profile, since it is currently looking for places that offer more open-air spaces, greater contact with nature, and in that context, Quintana Roo has everything to satisfy that demand.

He pointed out that this change in profile left 258 million dollars and 102 million people staying in hotels, with an occupancy of 82 percent.

For their part, businessmen in the tourism sector declared themselves ready to receive with all health protocols the more than 20.2 million tourists that are projected to receive in the destinations.

At the regional meeting “Economic Reactivation with Safe Tourism”, the leader of the Concanaco Servytur, José Manuel López Campos, assured that currently, the tourist activity is at a point where the economic dynamics of the country’s tourist destinations will depend on the actions carried out by civil society and the productive sectors in coordination with the authorities.

In that sense, he considered that coordinated actions can be the balance between continuing towards sustainable recovery or returning to new confinements that will put thousands of companies in the sector at risk throughout the country.

Proof of vaccination certificate being implemented in Mexico: in which states will it be mandatory