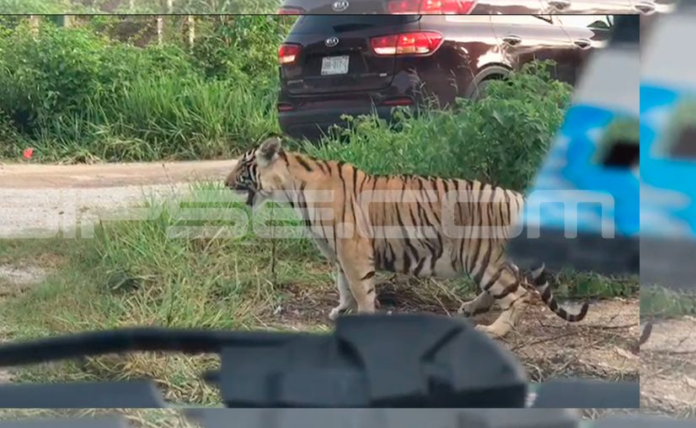 The feline was captured on a section of the Cancún-Leona Vicario highway.

At around 7 p.m. Saturday, the presence of a loose tiger on a section of the Cancun – Leona Vicario highway was reported on social media.

According to preliminary information, this singular event occurred on the federal highway heading to Benito Juárez, just in front of Rancho El Retoño.

Security and civil protection elements were alerted and come to the area to save the animal and the motorists.

So far there have been no reports of any incident or aggressive behavior of the feline.

In the video, it is observed that motorists stop to let the tiger pass, while they consider that it is scared.

So far it is unknown where the animal could have escaped.