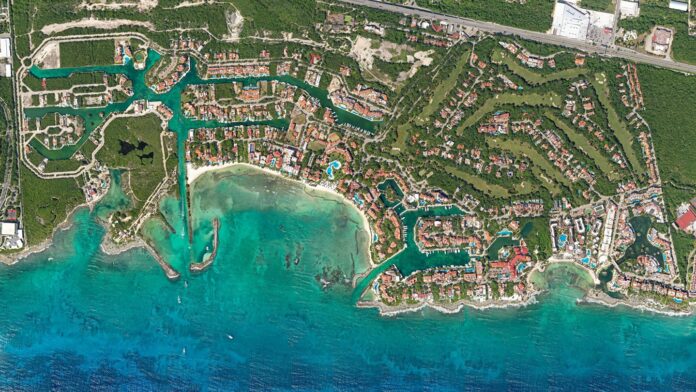 If the PA developer has chosen to believe the Colonos HOA does not exist, how on earth can the non-existent property owners buy passports? Do they parachute from heaven with bags of gold nuggets or climb a long, eternal ladder from hell with pockets of IOUs to PA’s main gate and beg for access? Of course not.

The fact is, property owners, do exist in PA and are embraced and fortified by their membership in Colonos, which gives them the right to manage what rightly and logically belongs to them. That’s a fact that the developer has evidently erased from his memory as he continues his quest to abuse and generally lord it over the people who once admired his collegiality and vision.

Nowhere is it written that he is now or ever was an elected official of Mexico’s federal government, the Quintana Roo state authority, or the municipality of Solidaridad in which the resort is situated.

Where then, one might ask, did the developer acquire the notion that he is singularly empowered to rule the roost without a single public vote, acclaim, or inherent royalty? Was he told to don the crown of control by a genie in a bottle? Or, is he under the illusion he owns our condos and villas as well as his own profiteering businesses and, as such, has become omnipotent?

There is somewhat of a culture clash going on here over the continuing threats from the developer and his obedient lackeys on the Covenant board. They publicly admit that they, like puppets, meticulously follow the developer’s orders, saying it as though they are trying to distance themselves from his intentions over the main gate and destruction of the Colonos.

Adding insult to injury last week, Covenant dictated an ultimatum effective July 15 demanding owners prove their ownership or be denied access to their property through the main gate. Are these people serious? Do they really believe, said one recipient of the notice, that owners will leave a driver’s license or national passport with a guard at a gate managed by administrative amateurs?

Independent property owners have had and will continue to have identification cards and car stickers issued legitimately by their Colonos HOA. There is no need to abide by any provocative rules issued by a rogue group such as Covenant that aims to deprive owners of what is guaranteed by the Mexican Constitution – the inalienable right to access their property and belong to a non-profit “democratic” HOA of their choosing.

If the developer wants to stop the damaging erosion of PA’s image and salvage its pleasant lifestyle, it may serve him and his cohorts well to stop poking the bear before it pokes back.