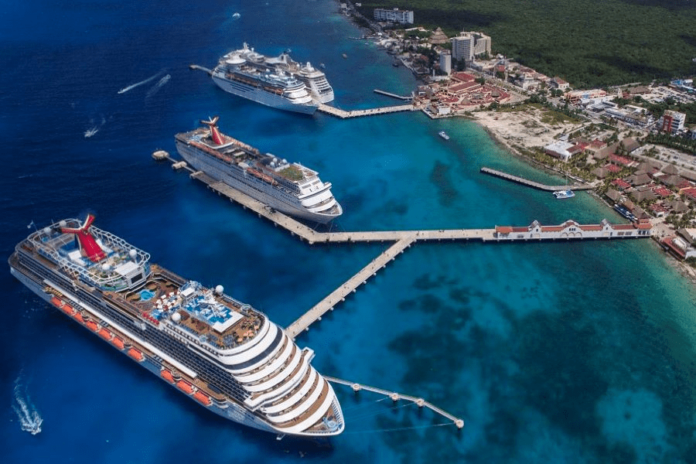 In May Quintana Roo had more than 570 thousand international tourists

Indicating that there is an encouraging outlook for the next summer holiday season, in which it is estimated to have more than 2 million 800 thousand tourists, the governor of Quintana Roo, Carlos Joaquín, explained that this requires “that we take better care of ourselves. more disciplined in health care ”. He announced that on June 16 the first cruise arrives in Cozumel and will also arrive in Mahahual.

The head of the Executive indicated that these days, the economic recovery process has good results. For example, he cited that in May Quintana Roo had more than 570 thousand international tourists, of which 80 percent were North Americans, in addition to national tourism. Last Saturday the Cancun airport registered 470 flights and is approaching 500.

“The presence of more visitors generates greater risk, that is why the insistence on advancing vaccination, insisting on the vaccine for the tourism sector. People need to get their job back, have a job and income for the family ”, explained the governor of Quintana Roo.

During the Enlace Ciudadano program, which was broadcast on the Quintana Roo Social Communication System and the networks of the General Communication Coordination on Tuesday night, the governor explained that the programs have been progressing in terms of compliance with the 10 measures implemented by the State Government.

For her part, the State Secretary for Tourism, Marisol Vanegas Pérez, announced that this year an intense summer is expected, unlike the previous year. 480 to 490 daily air operations have been scheduled, with an approximate arrival of 2 million 800 thousand tourists. In the summer of 2019, there were 3 million 600 thousand tourists.

In terms of connectivity, Quintana Roo has eight with Europe, 42 with the United States, 21 with Mexico City, three with Latin America, and one with Moscow has been announced. Also, there will be more flights to Cozumel and cruise lines already have permits to dock on the island and in Mahahual, which will happen on June 16.