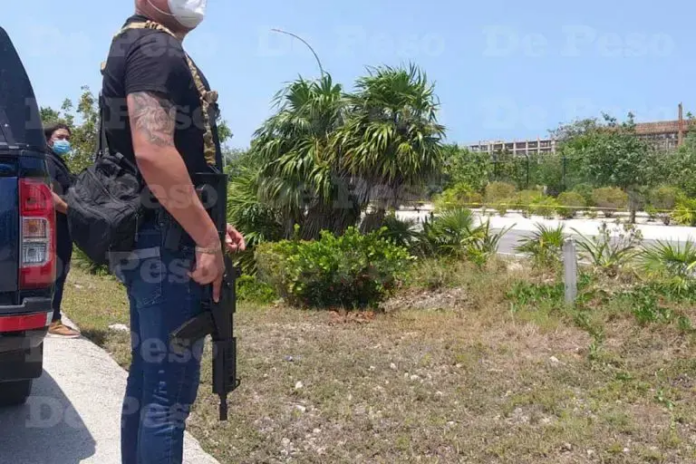 Preliminary information indicates that two workers are taken out of the construction site of the Grand Palladium hotel in Isla Blanca and assassinated to send a message.

Isla Mujeres, Q. Roo.- Hitmen take two workers out of the Grand Palladium hotel construction and execute them in a green area of ​​Isla Blanca.

They report a double execution to 911 in the vicinity of the Grand Palladium hotel, in Costa Mujeres, at 12:30 pm.

Said workers had wounds caused by a firearm projectile. Upon arrival of a medical unit, their death was confirmed.

First police reports indicate that the two workers were taken from a black construction site at the Grand Palladium hotel.

They were later taken to a green area and shot in cold blood.

This occurs five hours after another worker was executed in Region 210 in Cancún when he was allegedly on his way to Isla Blanca.

Being a worker in Isla Blanca, a nightmare.

The pattern of extortion against developers is similar in all works where the presence of people linked to criminal groups is reported.

Working has a cost or there is “tablazo”, a method of torture in which pieces of wood are used to strike the body of the victim in order to inflict extreme pain.

If the first call is not heeded, the torture escalates or culminates in murder.

This information matches the versions of different former construction workers interviewed for this research.