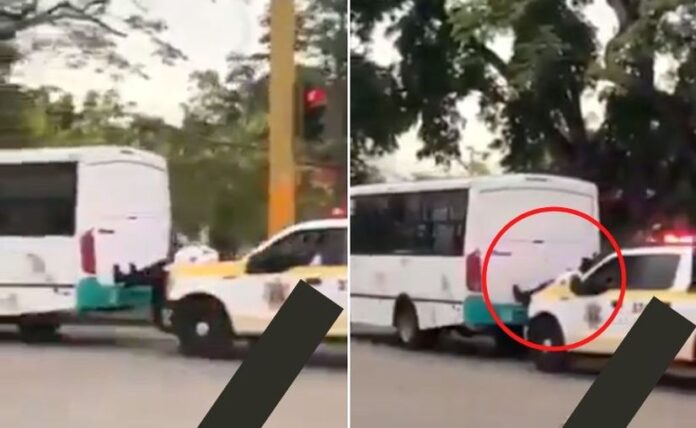 The video quickly went viral on networks causing a wave of funny comments.

“Magical Mexico”. This afternoon a video went viral on social networks in which you can see how a police officer pushes a bus with his legs!

In the footage it is observed how a patrol carries an officer in his hood ready to bail out the public transport driver, because with the force of both legs he pushed the passenger bus with an uncertain destination.

Apparently the video was taken in the roundabout of Av. Tulum.

Users quickly commented on the various publications with jokes about what happened:

“Imagine living in Europe and missing this magical moment”, “The future is today, did you hear old man?”, “Never skip leg day at the gym” , were some of the funniest comments.

Until the writing of this note, it is not known what was the reason that led the officer to push said bus.

You can see the full video here: