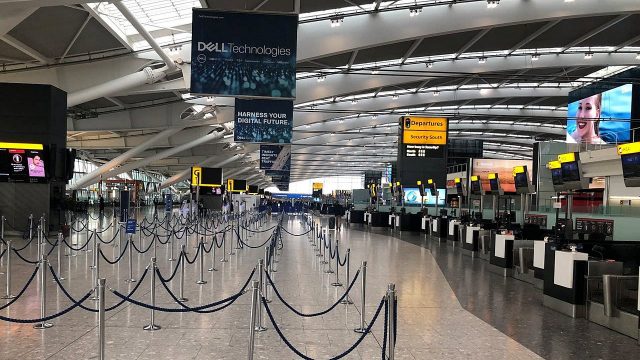 The United Kingdom decided to keep Mexico on its ‘red list’ for Covid infections; If they stayed at the end of the year, they would lose $ 90 million a month.

Given the high numbers of infections by Covid-19 in the country and the current vaccination rate, Mexico continues on the red list of the United Kingdom, with which it accumulates an economic loss of 80 million dollars (million dollars) since August 8 and at the end of the year it is estimated that it would reach a loss of up to 90 million dollars a month if the country continues in that category.

Virginia Messina, vice president of the World Travel and Tourism Council (WTTC) pointed out that the British government maintains a negative perception about the handling of the pandemic that Mexico has carried out, which prevents its citizens from traveling to the country.

“This loss of 2 million dollars a day may be greater in high season, surely it can go up by at least 50% and there will be seasons where it is less. These measures in the end are a blow to confidence and even after they remove Mexico from the ‘red list’, the feeling can be maintained about what guarantee is there that it has changed or what guarantee is there that they will not put it back ”, Messina explained.

Currently, Mexico has accumulated 3 million 549,229 confirmed cases of Covid and 270,348 deaths; on the other hand, it has vaccinated 32.4% of the population with the complete scheme, according to data from Our World in Data.

According to calculations by Miguel Torruco Marqués, head of the Ministry of Tourism (Sectur), the suspension of British Airways flights after the incorporation of Mexico to this “red list”, which will remain unchanged until September 30, will cause a loss of an additional $ 15 million.

The United Kingdom eliminated its traffic light system to promote a simplified system, where only certain nations remain on the “red list”, as in the case of Mexico, and the others can travel freely showing negative tests for relevant antigens.

“Mexico, having so many years in the place of tourist power, this does not help us and unfortunately it speaks of the management of the pandemic in our country. Our call is to the government, on the one hand, to give priority to vaccination, (…) it is important that it continue to advance in the two doses because that is being reviewed by all the European governments, ”said Messina.

Likewise, the vice president of the WTTC emphasized that the British government makes reviews every four weeks to analyze data on infections and vaccination rates to decide whether or not a country remains on its “red list” of trips.

“August and September have passed and it is possible that another month will pass (in which Mexico will continue on the red list). The British government makes the revisions every month and is very strong especially because the United Kingdom is a country that has better information and data analysis, genomic sequences are made on the variants to understand where they come from and is one of the top 3 in the world that does this type of analysis, ”added Messina.

According to the most recent Economic Impact Report,  the European market is considered a key element for the tourist reactivation of Mexico, which translates into a benefit for the economy and for the recovery of millions of jobs affected by the Covid pandemic. 19, even more so in the year-end season.

Message to U.S. citizens in Mexico; passport, entry permit, and or residency card must be carried at all times or face INM detention