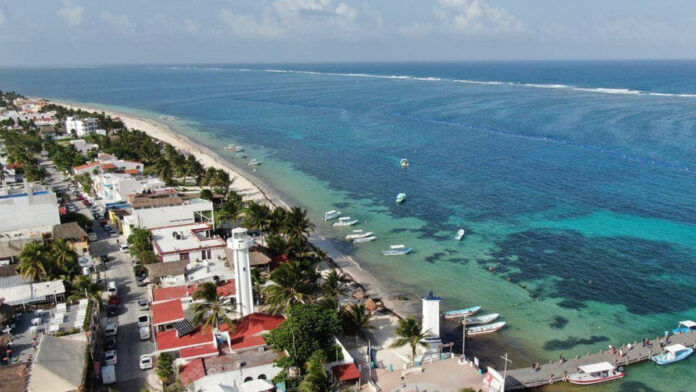 The Ministry of Environment and Natural Resources (Semarnat) analyzes the environmental permits for a hotel with 407 rooms, whose investment amounts of 90 million dollars for the municipality of Puerto Morelos, in the northern area of ​​Quintana Roo.

The project consists of a modular set of four levels each, with covered and uncovered areas, located within the polygonal of the El Cid project.

“Regionally, the project site is located northeast of the state of Quintana Roo, in the municipality of Puerto Morelos, this being the most recently created municipality in the state, bordering the Caribbean Sea, approximately 35 kilometers south of the city of Cancun and 32 from the city of Playa del Carmen, on the strip called Riviera Maya. Locally, it is located between the port areas of the ferry dock and the Punta Tampa breakwater, ”reads the Environmental Impact Statement.

This investment project could be affected by the recent suspension of the Puerto Morelos Urban Development Program (PDU) ordered by a judge in the northern zone of Quintana Roo.

The judicial determination obliges the Portomolean authorities that any civil works that are intended to be built must adhere to the previous PDU of the youngest municipality in the state.

The PDU is the instrument that regulates the densities, vocations and other parameters of urban development of the municipality.

In the event that Semarnat approves the construction of the hotel, the promoting firm, Banco Ve por Más SA Fideicomiso 321, must process the municipal construction license, but the court order orders the suspension of the new PDU and the application of the parameters of the previous one, under which this work was not designed.

The precautionary measure decreed by the Second District Court established that urban development authorizations must be in accordance with the Official Mexican Standard NOM-022-SEMARNAT, which establishes guidelines for the preservation, conservation, and sustainable use and restoration of coastal wetlands. in mangrove areas.

“It is specified that this suspension does not have the effect of prohibiting the issuance of permits or licenses, authorizations, only that they will not be issued in accordance with the Urban Development Program of the Puerto Morelos Population Center 2020-2030”, reads the resolution of the judge.

On March 4, 2021, the Puerto Morelos Cabildo approved the program