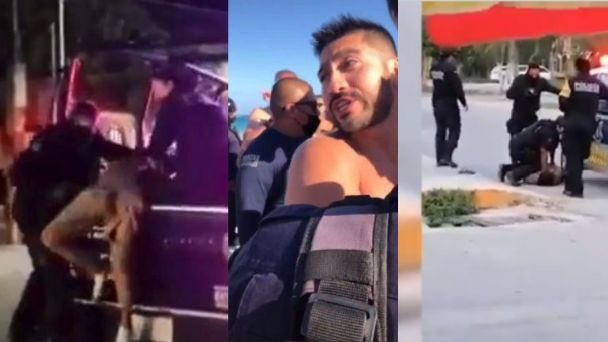 The Tulum municipality police will remain under the “absolute control” of the Quintana Roo Public Security Secretariat, state authorities reported.

“The foregoing by virtue of the constant and intolerant acts of use and abuse of control procedures, techniques, tactics and poorly applied, erroneous and incorrect protocols, as well as the lack of control of individual impulses in the submission of people, exceeding the limits of their actions, the legal sphere, and respect for human rights ”, they indicated in a video posted on their social networks.

They also reported that the first group of 30 police officers from Tulum will be sent to the state academy of public security in Chetumal to specialize in “legal and technical police action.”

“The objective is for the participant to be able to make correct use of legal instruments and national and international human rights standards for detainees, rational use of force and care for victims,” ​​they revealed.

The changes are made after on Saturday, March 27, police assassinated Victoria Salazar, a Salvadoran woman subjected in Tulum.