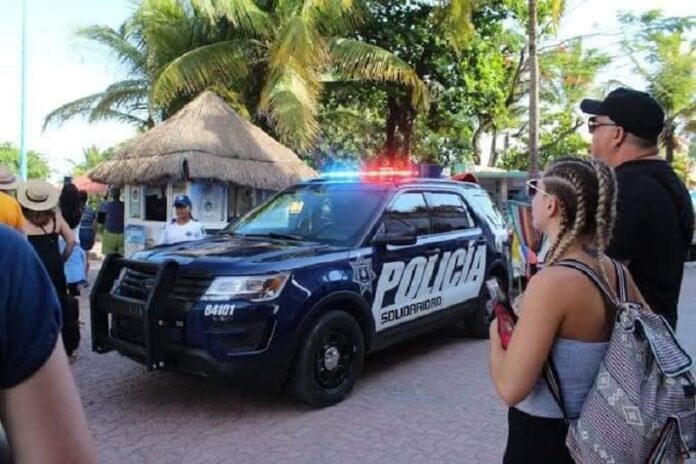 Playa del Carmen, Solidaridad, February 23.- Tourist Police of the Secretary of Public Security and Traffic in command of the questioned Jorge Robles Aguilar, was placed at the disposal of the State Attorney General’s Office for the crime of robbery to the detriment of a foreign tourist from whom he allegedly deprived him of 4 thousand euros, apparently his partner also participated but strangely she was protected. As the crime could not be concealed, the legal part had to consign the element identified as David RG

The event was recorded last night in the tourist area when the Municipal Police David RG, and his partner María Luisa C. intervened with some foreign tourists whom they allegedly detained for an administrative offense, being brought before the civic judge in Public Security facilities.

Apparently, the element and his partner took 4 thousand euros, almost 90 thousand Mexican pesos from one of the detainees, who pointed it out and reported it to the high command of the Municipal Police who tried to reach an agreement with the victim, but As they were unable to do so, they had to place David R. G at the disposal of the FGE, which stated in the investigation folder FGE / QROO / SOL / 02/731/2012 for the crime of robbery, but strangely his partner was released.

The alleged thief, a Policeman from the Secretariat of Public Security and Municipal Traffic under the command of Jorge Robles Aguilar, is arrested for allegedly stealing from a foreigner, although there are multiple cases in which many bad elements are pointed out, the corporation continues to overlap them and/or protecting them, which is why citizens repudiate this type of action by people in charge of ensuring public safety.