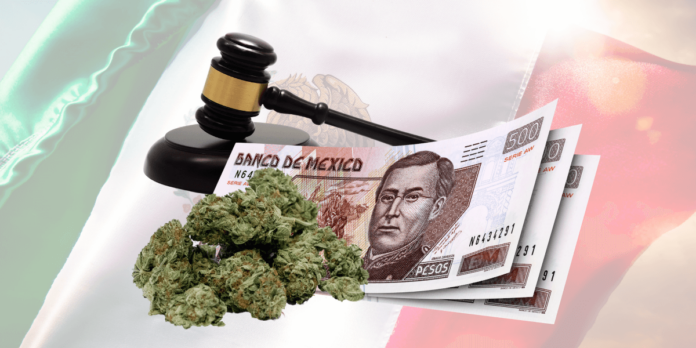 The Solidaridad city council released the Catalog of Investments and Economic Diversification.

The Solidaridad city council presented the Catalog of Investments and Economic Diversification, which also contemplates the exploitation of the cannabis industry after the beginning of legal reforms in relation to the consumption of marijuana.

The project was presented yesterday at the Playa del Carmen Cultural Center in the presence of the municipal president, Laura Beristáin Navarrete, and Amanda Degyves Carral, secretary of Economic Development and Investment Attraction, as well as representatives of other municipal agencies.

It contemplates nine strategic sectors to invest in that will be added to the main economic activity of Solidaridad: tourism. In this case, these are items such as agribusiness, renewable energy, entertainment, industry, infrastructure, commerce, technology and innovation, health and well-being, and tourism.

Degyves Carral argued that there are endless uses that can be given to the plant, both for recreational and medicinal use, likewise, the State has gradually begun reforms so that the consumption and production of the product is not related to criminal issues.

” Achieving specialization in treatments based on cannabinoids, which in turn will allow collateral benefits to be obtained by giving rise to the development and use of the cannabis plant with industrial and recreational use (…) its pharmacological derivatives of cannabis drugs for the purposes of production and research and manufacture of generics ”, explained Degyves Carral.

Laura Beristáin Navarrete said that the city council takes advantage of the resources available to the municipality to reactivate the economy, after the damage caused by Covid-19.

How Does Mexico’s President Feel About It?

It’s predicted that President Andrés Manuel López Obrador will most likely pass the bill as his party has the majority in both chambers of Congress and have shown no resistance.

In fact, even though he has steered away from publicly supporting it in recent years, back in 2018 he actually backed the legalization of cannabis before he took office.

Senior cabinet members like Interior Minister Olga Sanchez have openly called for a shift to legalization and regulation.

I know it’s a bit shady to say but I hope he’s stepped up security in the run-up to this as I can’t imagine the cartel taking it lightly. Just sayin’

Where does Legal Weed Leave the Cartels?

If enacted, the reform would very well mark a major shift in a country where drug cartel violence has left more than 250,000 people dead since former President Felipe Calderón declared war on criminal organizations.

However,  with a loose economy in many regions, and the backlash of Corona creeping in I fear that removing weed from the equation will simply lead to cartels upping the ante on harder drugs such as cocaine and heroin to make the money back.

How Might We Be Able to Get Hold of Legal Weed?

So, now that we now Mexico might be joining the list of best countries to smoke weed, which includes:

How might we be able to get hold of it if and when it is made legal?

‘Cultivation, processing, marketing, exportation and importation and use for research purposes of cannabis are regulated. Medical and pharmaceutical use is regulated and established in the General Law of Health,’ said Senate Majority leader Ricardo Monreal.

‘With this law, people can access cannabis under clear criteria, through licenses related exclusively to cultivation, transformation, commercialization, exportation, importation, and investigation.’

From this quote, I’m guessing we will all need a license of some sort… whether that is to simply buy it or sell it, it’s hard to say at this stage.

In an ideal world buying weed should be as simple and as straightforward as it is in Canada.

I wouldn’t say no to door-to-door deliveries… but considering we still have to order food via WhatsApp I’d say that’s a far stretch.

I will be sure to update this section as more news comes in.

Will There Be Restrictions When Buying & Smoking?

As it’s impossible to say at this stage here are my musings on the possible restrictions we might see (based off of how other countries around the world sell and distribute legal weed):

What Will The Impact Be If Weed Is Legalized?

Aside from stripping Cartels of some of their power, it’s predicted adult-use cannabis would drive the total global sales to $104 billion by 2024,  a +850% increase when compared to today’s figures.

At the same time, economists have forecasted that, with a potential base of over 1.4 million regular domestic users, Mexico could receive over $1.2 Billion in new, annual tax revenue.

I would love to know how they plan on spending this revenue and personally would like to see it being reinvested into essential local infrastructures such as healthcare and education.

Naturally, tourism may also get a bump from neighboring U.S. states such as Texas, Arizona, and New Mexico, where adult-use cannabis remains illegal.

Corporations Ready To Cash In

The big weed corporations are eagerly awaiting updates as they hope to get their slice of the pie in the world’s biggest marijuana market.

Weed companies such as Canada’s Canopy Growth and The Green Organic Dutchman, as well as a unit of California-based Medical Marijuana Inc have already all expressed their interest.

So, Marijuana isn’t legal just yet, but it’s very nearly there.

In fact, there’s just one more step needed in the legal process to make it happen.

The world is watching as Mexico toes the line toward what could become the globe’s most lucrative cannabis market.