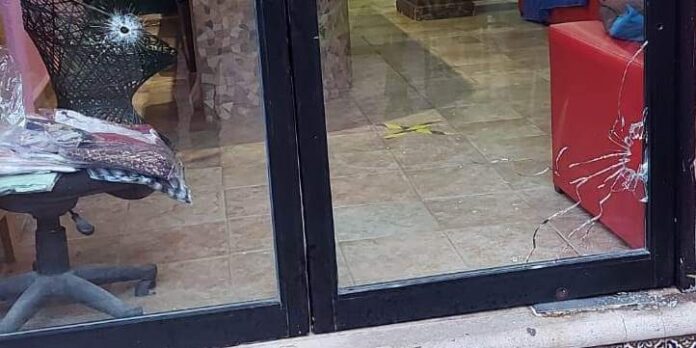 The violence escalated to a hotel in the tourist area when the hotel was was shot at by a couple of hitmen, apparently pressuring the owner to pay ” Extortion Fees“

Playa Del Carmen.-   A hotel in the tourist area was shot by a couple of hitmen to pressure the owner to pay “floor fees.”

In the endless drug violence that plagues this vacation spot in the Riviera Maya, yesterday afternoon, a couple of hitmen showed up at the hotel located in the beach area between 10th and 12th streets, shooting at the reception, damaging the doors. made of glass, where the bullet trades were left, to later flee without any difficulty.

The armed attack did not leave any injuries, but it did cause fear among hotel guests and visitors who were visiting the tourist area of ​​Playa del Carmen at that time.

Authorities arrived at the scene to initiate the investigations of this fact, which as always did not throw people into custody. With the above, the inefficiency on the part of the Municipal and State Police is evident, because despite being a criminal act in the main face of Playa del Carmen to tourism, the tourist area has become very unsafe, which is already beginning to be a topic of alarm for the visitors themselves.