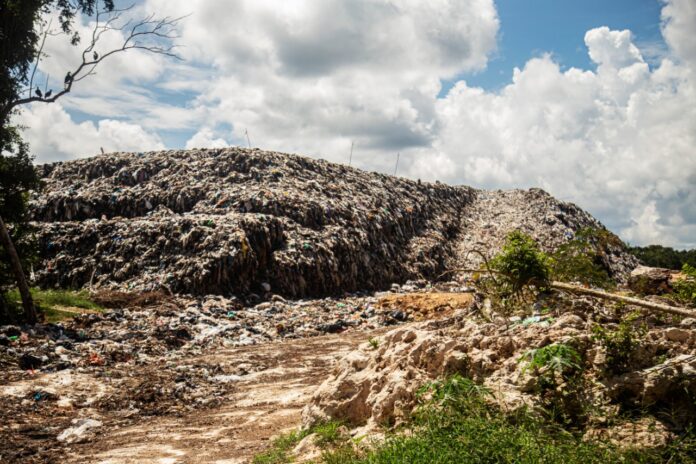 Based on the current rate of waste generation, it is estimated that the useful life of the emerging cell in the Tulum landfill will last until the end of this year, said Adrián Manzanilla Lagos, head of the Municipal Directorate of Public Services.

He commented that at the end of 2020 a new cell with an area of ​​20 meters wide by 180 long was enabled and recalled that between the end of 2018 and the beginning of 2019 a health emergency was declared in the place because the previous cell exceeded its capacity and that is why they put into operation this new solid waste collection point.

In statistical data, he referred that considering the rate of garbage generation -which is around 160 tons a day in low seasons and more than 240 tons daily in holiday seasons- it is calculated that this new space will serve the remainder of the current administration and a couple of more months, that is, at the end of 2021.

“At the end of last September we put into operation this new space for the collection of solid waste after the previous cell was closed when it exceeded its maximum capacity and now with this one, which measures 20 meters wide by 180 long, it will be possible cover the demand for waste, “he said.

In the first six months of 2020 in Tulum, a total of 51 thousand 785 tons of Urban Solid Waste (MSW) was available, so it is calculated that the generation of garbage per year is almost 100 thousand tons.

The current sanitary landfill came into operation in mid-2016, after the Municipal Garbage Dump, which is located at kilometer 8 of the Tulum-Cobá highway, was saturated.