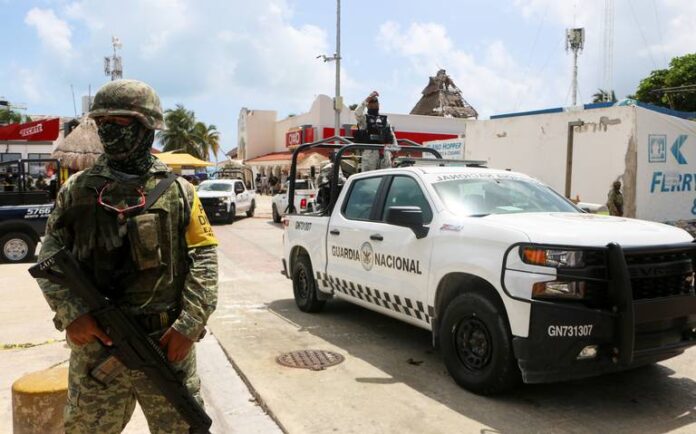 The American woman will be under observation for five more days, they reported

CANCÚN. The American tourist who was shot last Friday in a place in Playa Tortugas is still under observation at the Jesús Kumate Rodríguez General Hospital in Cancun.

Kanya N, an African-American woman from Kentucky, United States, was shot twice on Friday afternoon, one in the leg and one in the abdomen, by armed men who killed two vendors in a place within the hotel zone of the beach.

The victim was transferred to a private clinic, but due to lack of resources, she was redirected to the General Hospital, where she remains hospitalized. The hospital staff indicated that the patient will be kept under observation for another five days since her health is delicate.

The US embassy in Mexico has already contacted the victim’s relatives and under this premise, it is expected that the neighboring country will make a statement about Kanya and the insecurity that is being experienced in the state of Quintana Roo. The situation may be counterproductive for tourism, the municipality’s main activity, and also for the local economic recovery that was severely affected by the Covid-19 pandemic.

On the afternoon of June 11, two alleged handicraft vendors were killed with firearms on Playa Tortugas, in the hotel zone of Cancun. The assailants shot at the men and then fled aboard a jet ski.

Despite the intense mobilization of the security forces in the vicinity of the place, those responsible were not captured.

The two victims died due to the impact of the bullets while the tourist from the United States, who was consuming in one of the palapas of the place, was injured.

On Saturday, local businessmen acknowledged the intervention of the municipal authority to regain control and order in Playa Tortugas.

“The intervention of the competent authorities contributes to strengthening the trust that citizens, businessmen and workers in the sector have placed in them,” said representatives of the Business Coordinating Council in a statement.

At night, the Cancun Narcotics Prosecutor’s Office was the target of an armed attack. After 11 pm on Saturday, firearms were fired from a moving vehicle. No injuries were reported, only damage to a vehicle.

An intense security operation was registered in the area to try to find those responsible.

The attack occurred hours after the capture of 12 men with money and various drugs in the mainland of Isla Blanca was announced.