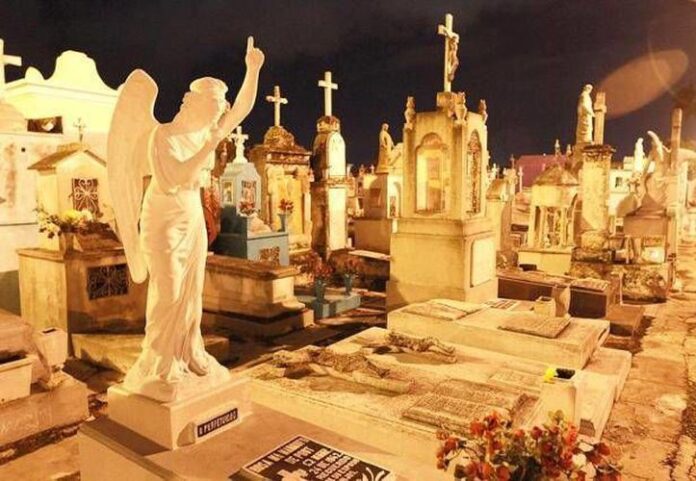 Mérida, Yucatán, (March 23, 2021).- Yucatán has its own Museum of Death, a space with objects and documents related to this particular subject in the state. The museum is located in the main house of the General Cemetery of Mérida.

This cemetery was created in 1821, it contains a large collection of statues, reliefs, and mausoleums considered unique in the world for their beauty and opulence, most of these from the Porfiriato era.

The Museum of Death goes beyond the exhibition of pieces and documents, as it contains the historical archives kept by the cemetery, such as documents from important times.

“Specific cases and representative pieces are exhibited. For this reason, this is a professional museum work in detail and with the best proposals who integrate the funerary art exhibited ”, he added.

The site contains texts in which attendees can learn about the meaning of death in Yucatán, the culture around this issue, and how to commemorate the faithful departed, he continued.

Actually, the museum presents important structural damage and the presence of plagues in the materials deteriorate the historic building that houses the Museum of Death of Mérida, a cultural project started in 2015 that is under arrest and whose continuity is in question, the Association reported Yucatecan of Specialists in Restoration and Conservation of Built Heritage, AC ( Ayerac ).

The cultural enclosure is located within the General Cemetery of Mérida in the old house dating from the 19th century that, due to its characteristics, requires a greater urgent intervention to guarantee its preservation, because, in addition, it is part of the city’s heritage, said in an interview the director of the venue, Jorge Jiménez Ricalde.

He explained that being an old building, it has not received adequate maintenance, as there is humidity and leaks; also termites in the wood of doors and finishes, so it needs a renovation plan that includes waterproofing, fumigation, and renovation of walls and ceilings.

The museum designer also explained that the work has already been approved and budgeted by the Mérida City Council through the Urban Development department, but is on hiatus due to lack of resources, most likely due to the effects of the current pandemic.

“We are waiting for the City Council to provide us with the materials and technical staff to carry out the intervention jointly with Ayerac, which has trained personnel and specialists from the National Institute of Anthropology to guide and supervise the work carried out. ”, He pointed.

He recalled that during the six years that the museum has been in operation, it has held various temporary exhibitions and conferences, the most recent, still in the room, is a photographic exhibition that addresses the theme of death.