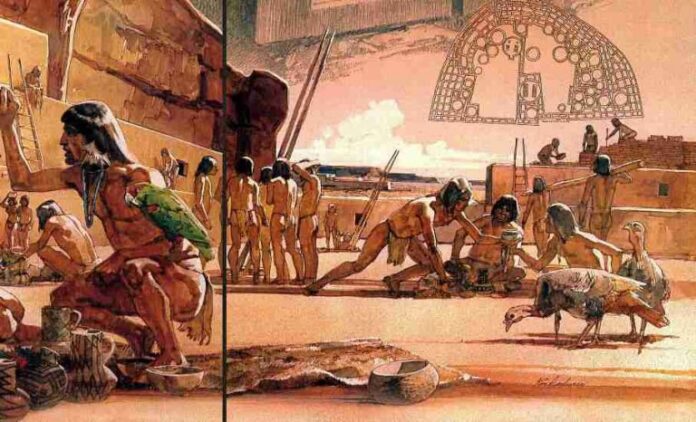 Meet the richest native people in Mexico that has led to one of the most important cultural areas in the country.

The Zapotecs are a culture with great cultural wealth.

The ancestral Oaxacan wealth lies in the preservation of its oldest beliefs, and as part of the Mexica domination in what is now Oaxaca, the name of “Zapotecs” arises from the Nahuatl tzapotécatl, people of the zapote, which with the pronunciation of the language Castilian became Zapotec.

The great Zapotec geographic-cultural area includes the Sierra de Juárez, the Sierra Madre del Sur and the Isthmus of Tehuantepec, a region that has been occupied since 10,000 BC. C. by paleoindian and archaic groups, the evidence is in the today site José Mogote.

Those now known as Zapotecs, are owners of the largest linguistic grouping of the Oto-Mangue family, which includes languages ​​such as Mixtec, Chinantec and Chatino, Zoque, and Mixe (from the Mixe-Zoque family), Chontal de Oaxaca, and the huave.

After Mixtec, the Zapotec group has more local variants than any other family, it has 62 variants. The deities of this great town made up of families grew in number due to coexistence with other towns.

They believed that their rulers descended from supernatural beings that lived among the clouds and that when they died they returned there, that is why they are known as “The people of the clouds.” Incidentally, the dead were buried in clay urns and adorned with offerings thinking that they had another life where their souls resided.

One of the beliefs that is still preserved in these regions is that of the Tonal. It is believed that the destiny of people is linked to an animal, so when someone is born ashes are put around the newborn’s house and the next day the footprint of the animal that is found will be the child’s “totem”, same as It will define your growth and personality, it will represent you in your life.

Nahualism derives from the Tonal, a practice of sorcerers that consists of the use of the totem to transform into an animal in order to carry out nocturnal “commissions”.

The “treasure” from the time of Porfirio Díaz that would turn Mexico into a world power, and that AMLO has already ordered to investigate