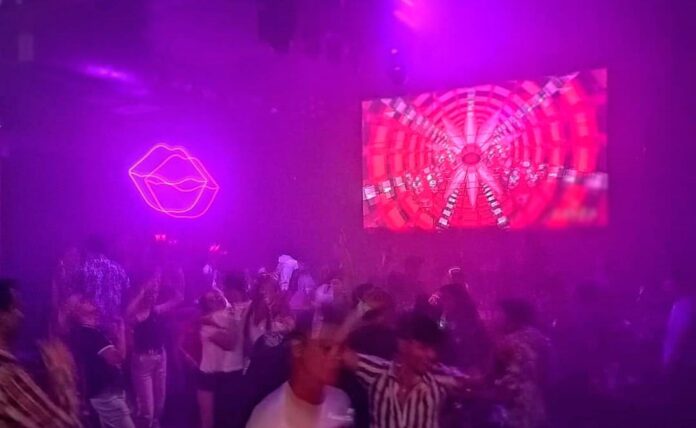 Tulum is in the eyes of the world. The paradise of the Mexican Caribbean has become famous not only for its beautiful beaches and cenotes, but also for being the scene of police brutality as in the case of the Salvadoran Victoria , and for organizing secret parties for tourists , defying restrictions by COVID.

Eduardo Oseguera posted several Tik Tok videos of a secret party in a cenote deep in the Tulum jungle.

Oseguera said that it all started when he was on the beach with a friend and at a certain point they were approached by a street vendor who, after talking with them, “out of nowhere” invited them to a secret party.

To do this, he asked for their WhatsApp number to pass on the invitation.

According to the TikToker, once they secured their attendance and paid the $ 80 USD requested by the seller, the invitation did not say exactly where the party would take place, but it did say something about a meeting point.

The user continued his story saying that at 10 p.m. that same day they went to the place indicated on the invitation, where they found a transport van that they got on with at least 10 more people, apparently foreigners.

He said that the transport was traveling on the highway but to his surprise, at an undetermined point it turned and entered the jungle on a dirt road for about 40 minutes.

Then, the driver asked them to get off next to a candle-lit path. that at the end had some people next to a table asking them to exchange money for vouchers to buy drinks.

Once inside the place, which turned out to be a cenote, there was a stage with a wooden eagle.

The Tulum Hotel Association asked the authorities to impose criminal sanctions on the organizers of massive events in this tourist destination in the midst of a pandemic.

Juan Noriega, president of the association, said that local businessmen who organize events do not follow the rules established by the state Health Secretariat , in the current context of the pandemic, which is at one of its most critical points in the entity.

The hotelier assured that in Tulum one cannot speak of freedom on the part of tourists – one of the concepts that this destination encompasses – but of “debauchery.”