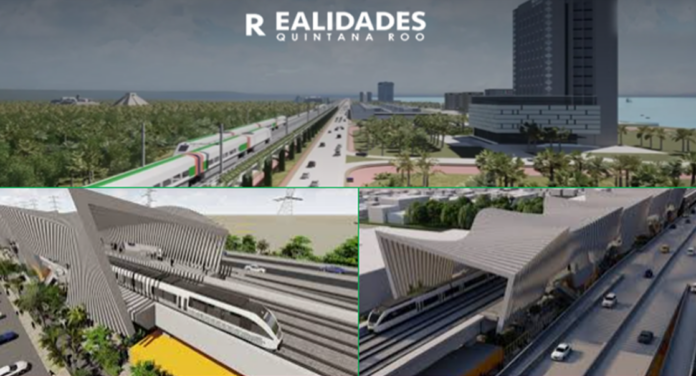 The imposing project will pass through various Mexican destinations, including Playa del Carmen and Tulum, and will completely change the life and landscapes of these places.

The controversial Mayan Train project has won loyal defenders as well as people against it. The truth is that the project that will pass through various Mexican destinations, including Playa del Carmen and Tulum, will completely change the life and landscapes of these places.

According to the project, the train will be of medium speed (130 km/hr), will have a section of 1,525 kilometers through the Yucatan Peninsula, it would take about 12 hours and will pass through the states of Chiapas, Tabasco, Campeche, Yucatán, and Quintana Roo. Work has already begun and the Mayan Train is expected to be inaugurated in 2023

The Playa del Carmen station for the Mayan Train has been designed to meet the tourist demand in the area. The demand for passengers is expected to be high and have a tourist character, considering that the structure is designed to have 3 lanes and 2 platforms.

The station will be built on a viaduct and is located at the intersection of the Tulum – Cancun highway and Avenida 38 Norte, and it will have a commercial area to the west and will also help people who live from the north to the south of the city.

Regarding the design of the Playa del Carmen station of the Mayan Train, it is expected that inside it will contain marine forms, it will be a wave made a building, its architecture consists of a set of frames that produce undulating forms, there the tracks, offices, ramps, and accesses.

On the other hand, as it is close to the highway, it is proposed that the station have a high level in order not to interfere with traffic and they have considered locating a bus and taxi station for tourists, as well as commercial premises.

The design of the Tulum station of the Mayan Train will be in charge of the Mexican-English architectural studio Aidia Studio and, according to its render, a perforated roof made up of structural steel and glass-reinforced concrete panels stands out in some places to protect from the rain both the platforms and the lobby.

“The motifs on both the outside and inside are reminiscent of traditional Mayan geometric patterns,” explained Aidia Studio.