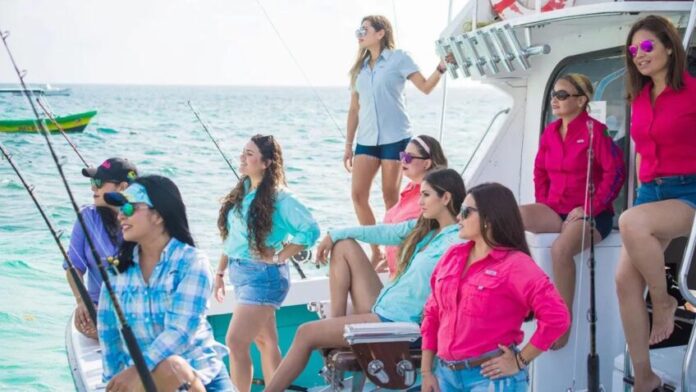 Puerto Morelos consolidates itself as the venue for major sporting events of national and international stature with the upcoming holding of the traditional International Women’s Sport Fishing Tournament “La Diosa del Mar”, scheduled for July 9 and 10, highlighted the municipal secretary for Economic Development and Tourism, Héctor Tamayo Sánchez.

“Our destiny will once again attract the spotlight with this great sporting event that brings together not only the competitors but their family and friends,” said the official, who predicted another success in the fair that will bring together hundreds of women who come together to demonstrate his talent in sport fishing

In this regard, the organizing committee, made up of Karla Luna, Dora Núñez, Diana León, Ana Zetina, Karina Martínez, Karem Romo, Cristell Acosta, Janet Estrada, Elena Gutiérrez, Mónica López and Lidice Gutiérrez, announced that participants from various municipalities of Quintana Roo, from other states of the Republic and even abroad have already registered for this sporting event.

“It is not only about a day of fishing with friends, but about showing that we are capable of doing it, and we do it very well,” said Karla Luna Rodríguez, president of the Organizing Committee.

As in each of its editions, the tournament is governed under the “Catch and Release” modality, which seeks to preserve billfish such as the famous blue marlin with their return to the sea and thus «allow new and future generations of fisherwomen to enjoy this sport as much as we do, “he added.

He also announced that they plan to form an association to bring to reality the initial idea of ​​the tournament, which is to be an event with a cause, among which he highlighted the care of the environment and marine species, but mainly the empowerment of the women and respect for their human rights.

Karla Luna urged women from neighboring municipalities and the rest of the country to attend the event that will have all the hygiene measures recommended by the health authorities. Registration per team, at a cost of 2,000 pesos, can be done directly on the website www.ladiosadelmarpm.com.mx, in the same way they can request information through their official Facebook and Instagram accounts.