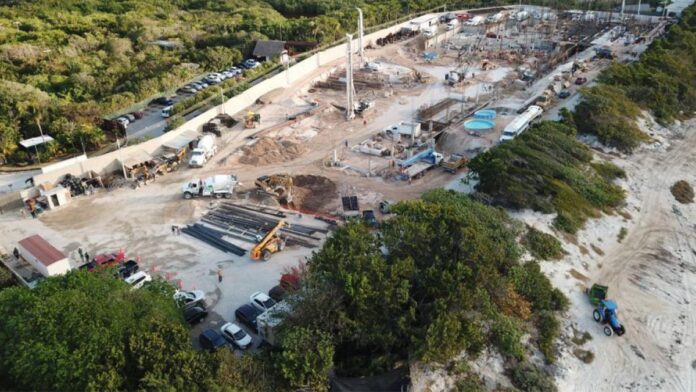 The new RIU Riviera Cancun Hotel with 530 rooms has not been able to operate due to legal problems with the National Tourism Promotion Fund (FONATUR), which have opposed the project since 2019, since the sewage treatment system Cancun is overrun, it is not enough to process the amount of liters that are contaminated and even less with this new resort.

Since the beginning of the works, the hotel chain has not complied with the environmental conditions required by the government body. RIU’s legal flaw is that the group committed to FONATUR through a contract to pay for the expansion of El Rey, the wastewater treatment plant, which would cost 60 million pesos.

“RIU has not complied with the agreement that was signed on October 9, 2015, with the National Fund for the Promotion of Tourism and FONATUR Maintenance, as well as its various extensions authorized by official letters of September 23 and December 2, 2016”, the government body decreed through a statement.

FONATUR is convinced that the hotel is a risk for local nature, since it is very close to the Nichupté Mangrove Protected Natural Area and, without a black water system, it will end up contaminating and extracting water in unsustainable quantities. Given this, the Fifth District Court is reviewing the case and FONATUR is seeking protection for the project to be permanently suspended.