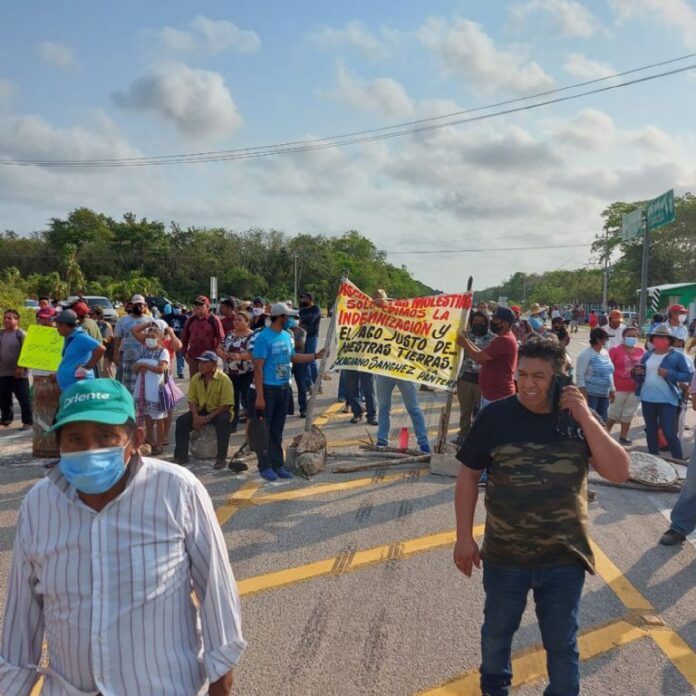 FELIPE CARRILLO PUERTO, Quintana Roo- For three hours, residents of nine ejidos in the southern part of Quintana Roo kept a section of the Chetumal-Felipe Carrillo Puerto highway blocked as an action to be heard by president Andres Manuel López Obrador, to receive compensation for 82 hectares affected by the construction of the highway for several decades.

On his way to the community of Tihosuco, municipality of Felipe Carrillo Puerto, the President of Mexico spoke with the protesters to whom he told that on Saturday the Secretary of Agrarian, Territorial and Urban Development, Román Meyer, will be there to try to resolve, for the fourth time, the disagreement.

Although he said that he could not elaborate on his explanation for the electoral ban, he assured them that, for the first time, there is a government elected by the people and that it will not fail them.

It should be remembered that 40 years ago 82 hectares were expropriated for the construction of the highway without being able to reach an agreement since the amounts offered were considered very low.

On the third occasion, which has been the highest, they were offered 277 thousand pesos per hectare, but the ejido nucleus did not accept since they are asking for a million for each one.