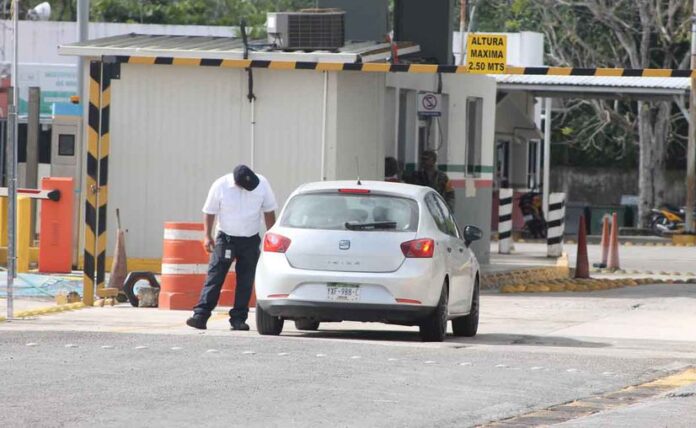 Belize reopened land and sea borders, but without any economic benefit for Chetumal, because it will only allow the entry of tourists, but not the exit of Belizeans to the state capital.

Until before the Covid-19 pandemic, approximately five thousand Belizeans crossed the border to Chetumal each month and generated an economic spill of more than five million pesos a month.

Yesterday, in a press conference held at the Hotel Fiesta Inn in Chetumal, authorities from the neighboring country reported that the borders of Santa Elena-Chetumal (Belize-Mexico) and Benque Viejo del Carmen-Melchor de Mencos (Belize- Guatemala).

According to the information provided, the total reopening of the Belizean borders will be carried out in three stages, but without specifying dates. The first was access to foreign tourists; in a second, allow the entry of relatives of Belizeans and for businesses.

And the third stage will be to allow the entry and exit of both foreigners and Belizeans to Mexico.

Regarding the half-way reopening of its borders, Anthony Mahler, Honorable Minister of Tourism of Belize said that Covid-19 cost the Central American country to lose approximately 600 million US dollars in tourism, so since yesterday, May 31, it reopened borders land and sea for foreign visitors and recover from the economic blow.

The 600 million dollars that Belize stopped capturing represents 40% of the Gross Domestic Product (GDP), and the tourism industry is the main source of employment and micro, small and medium-sized enterprises (MSMEs) in the Central American country.

Only visitors with a valid passport and under strict health protocols will be allowed to enter, having to cover a Transportation Certificate under the Belize Gold Standard.

Tourists must present a Negative Covid-19 PCR Test or a negative Rapid Test, and if they do not have it, it will be done at the pre-checkpoint, at a cost of 50 US dollars per person.