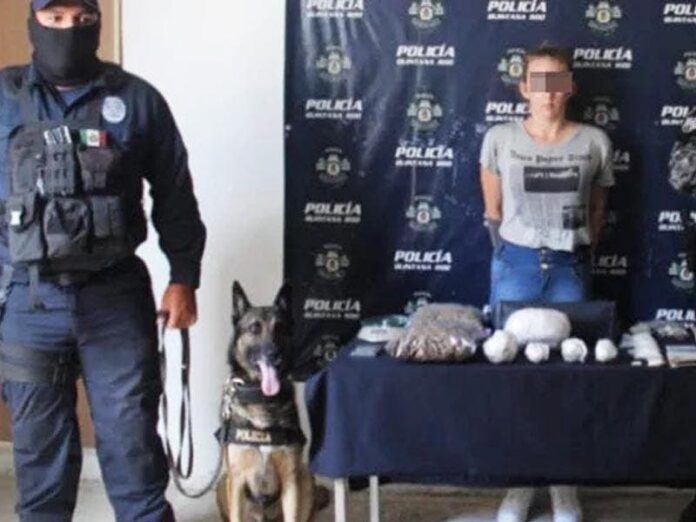 The foreign woman was arrested in a region of Cancun with several bags of drugs, cash

CANCÚN. – A foreign woman was arrested on a busy avenue in Cancun, after a police canine group detected several doses of drugs and cash, inside her handbag.

According to the information collected, this arrest occurred in the vicinity of Av. Chac Mool with Av. 20 de Noviembre, when the officers were conducting their prevention and surveillance tours, and they noticed a woman who was acting suspiciously, so officers approached her to interview her.

Apparently, the woman tried to flee, so the officers conducted a review with the support of the canine group, who immediately pointed out the discovery of an illicit substance inside her belongings.

It is worth mentioning that during the review the officers found several bags of the substance known as ” crystal “, bags with green grass (marijuana), scales, a cocaine wrapper, and cash, for which the US citizen identified as Yvonne “N ” Was arrested.

Finally, the foreigner was transferred and placed at the disposal of the competent authority to analyze her situation and answer for the possession of drugs.