San Cristóbal de Las Casas.- Members of the Popular Peasant Front of Chiapas (FCPCH), to which the Chiapas Indigenous Organization (OICH) and the Proletarian Organization Emiliano Zapata, Historica (OPEZ-H) belong, demonstrated outside the offices of the Sub delegation for Criminal Affairs of the Attorney General’s Office and join the national day of peaceful struggle in the state of Chiapas, ranging from community information assemblies both in rural and urban areas and demanding the freedom of “political prisoners”.

In this regard, Lucio Mariano Jiménez Velasco, leader of the OICH in Chiapas said that more than 200 people demonstrated to demand the freedom of Sebastián Gómez Hernández, according to file 63/2017 and Francisco Gómez Méndez, file 09/2015, both allegedly guilty of crimes prefabricated, and Justice for “the murder of Juan Carlos Jiménez in 2016”.

He explained that the prisoners are being held at CERESO 5 in San Cristóbal, “while white-collar criminals and drug lords are free; defenseless indigenous people are serving unjust sentences, we demand that they be released immediately since the 4T is not seen in the field of justice anywhere. AMLO’s change is not noticeable ”.

In the case of the murder of Juan Carlos, leader of the OICH, he regretted that the investigations had been closed when the culprit did not say who he was, “it is not possible that whoever was arrested is set free and the investigations are closed, we want them to tell us who it was”.

“We are asking for the return to Santa Catarina, we have been displaced for more than five years and there is no solution and the threats continue, and that is why we want the return of 200 people since that year they continue to remove more people. On August 10, a group of people entered, headed by Domingo López, among other people who came in to beat us and evict us that day about 61 people, and to date, the displaced are still there, ”he said. 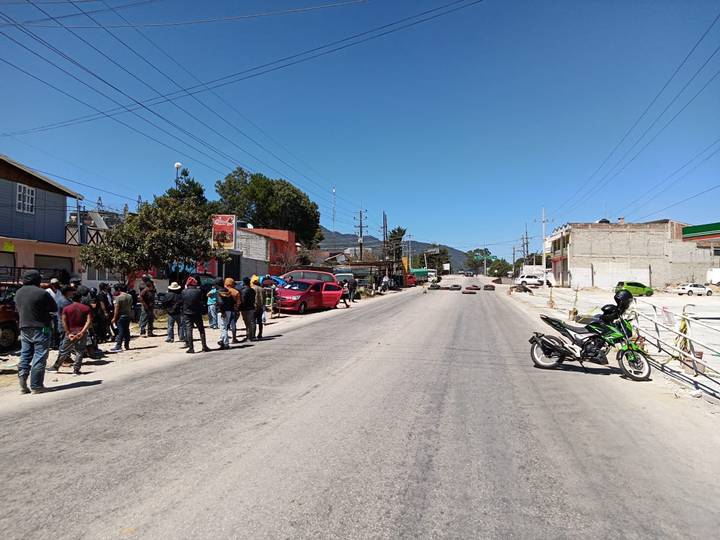 Jiménez Velasco regretted that the municipal police support this group since, despite the fact that there is present in this neighborhood, the expulsions continue “and they do nothing, they do these abuses when they visit them.”

They announced that after these actions, in the month of March they will take over and / or liberate the toll booth in Chiapa de Corzo-San Cristóbal, and continue the fight, until they achieve the liberation of their prisoners.

The group of protesters painted the façade of the building and blocked the western outskirts for more than three hours.

6 very attractive magical towns to live in after the pandemic